BTS debuted on 13 June, 2013 under Big Hit Entertainment, with the lead single ‘No More Dream’ from their first album ‘2 Cool 4 Skool’. The group has been active since then, sometimes leaving fans in awe.

For example, on Tuesday, 3 April, LG Electronics (LG) announced it will collaborated with “today’s hottest K-Pop boy band, BTS.” BTS will star in a series of TV and social media campaigns for LG.

BTS also crowned the Billboard’s Social 50 chart on the April 7-dated list, along with EXO and NCT, who took up No. 2 and 3 respectively.

BTS shook the world with a nine-minute teaser released on Tuesday, 5 April, titled ‘Euphoria: Theme of LOVE YOURSELF: Wonder’.

However, fans are always curious about who stands behind these achievements, who are those 7 boys that stole the hearts of so many fans domestically and internationally? Below is our best attempt to profile the names behind the BTS phenomenon. 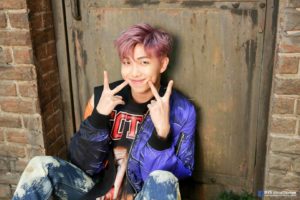